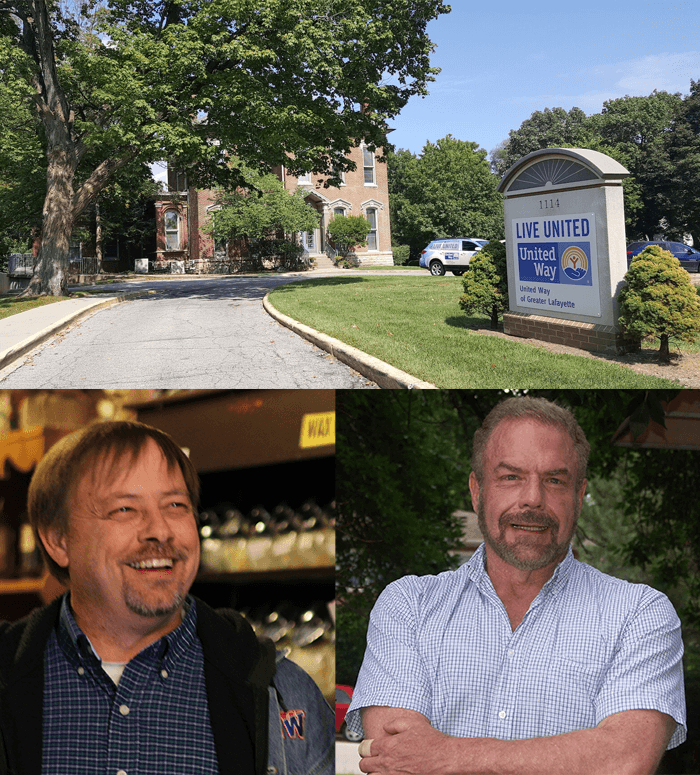 The Beginnings of Real JourneymanTM

The Real JourneymanTM brand came into being in 1998 in Lafayette, Indiana. The idea was developed through discussions between Jim Ogden, who was the business manager of the IBEW Local 668 and Colvin Mann, a local marketing consultant. [Ogden then served with Mann on the local United Way's Labor Participation Committee (LPC)]. Jim Ogden posed the question to Colvin Mann as to how he would suggest getting their local more and better local publicity.

Greater Lafayette, as a university town (Purdue) had a large population of people with the sort of anti- union sentiments common to academia. They would quickly pick up on any sort of news story negative to unions while they would seem to be blind to most of the good deeds that Ogden's union was performing right in their own community. His IBEW Local 668 had donated not only money to many community causes, but had also donated hundreds of hours of their skilled labor. Jim Odgen and his assistant, Larry Spencer were often on-site donating their own skilled labor to projects at local agencies. Any agency that the worked though the local United Way needed merely to ask and electricians from the Local 668 with apprentices would come and volunteer to perform the needed skilled electrical work.

Much of this work was seen only by the people of the non-profit agencies where the work was being performed. The public rarely saw this side. However, one of their annual donated electrical labor projects should have been hard to ignore. 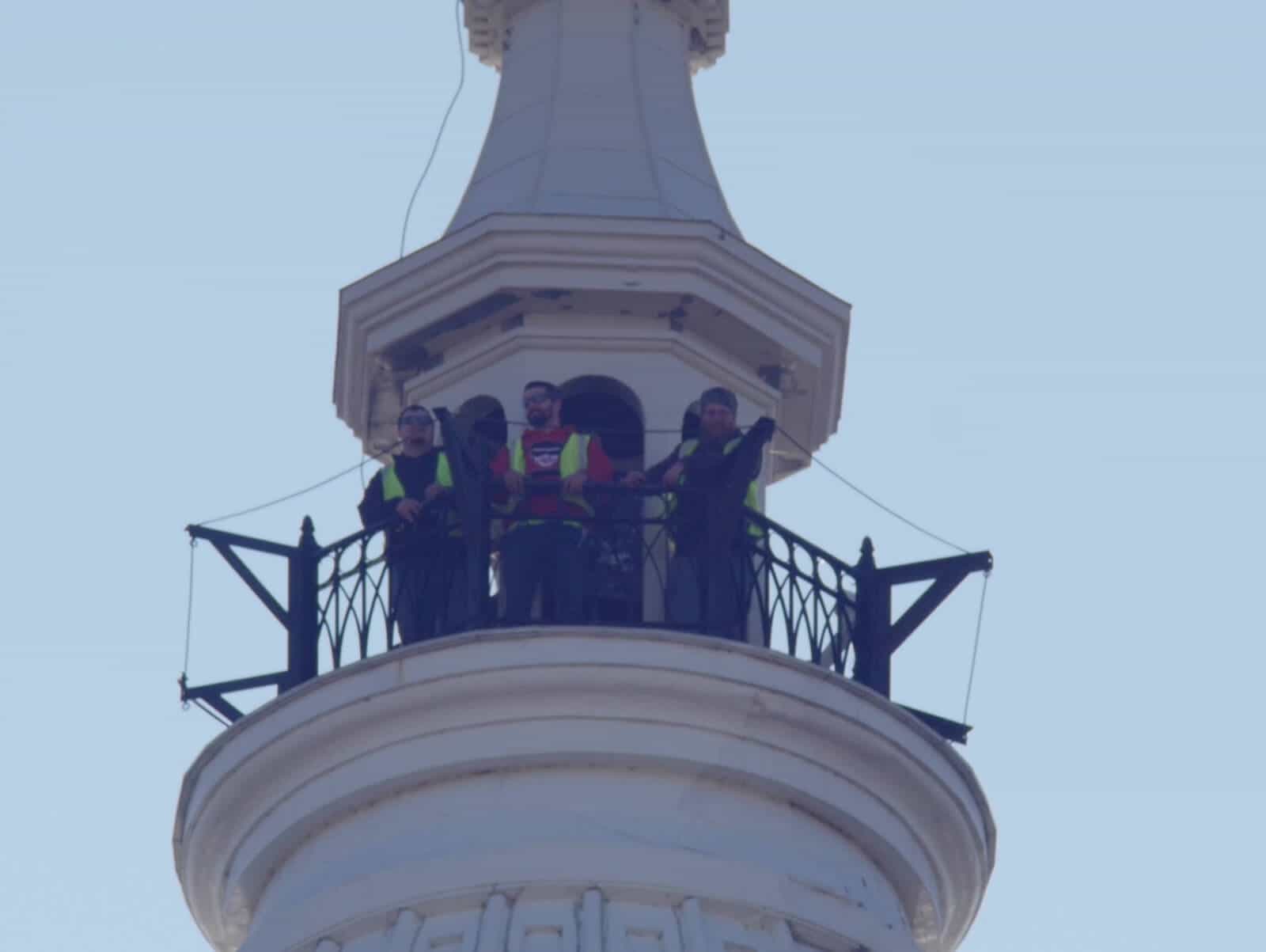 Their most visible donated work was in scaling the county courthouse dome each year to string holiday lights. In fact, each year at the beginning of the holiday season they would assemble a small army of journeyman electricians and apprentices from the Local 668 to string holiday lights throughout Lafayette's downtown area. When Jim Ogden asked Colvin Mann, “With our guys having volunteered to do these Christmas lights every year for the past 50 years, why don't we see more media coverage of all that we do for the community?” Jim loved doing the work and personally participated in every year's erecting of the downtown lights. However, like so many union skilled trades workers he was frustrated by all the union-bashing from the media and very little coverage of the good work that they were doing at no-charge to the community or the organizations. 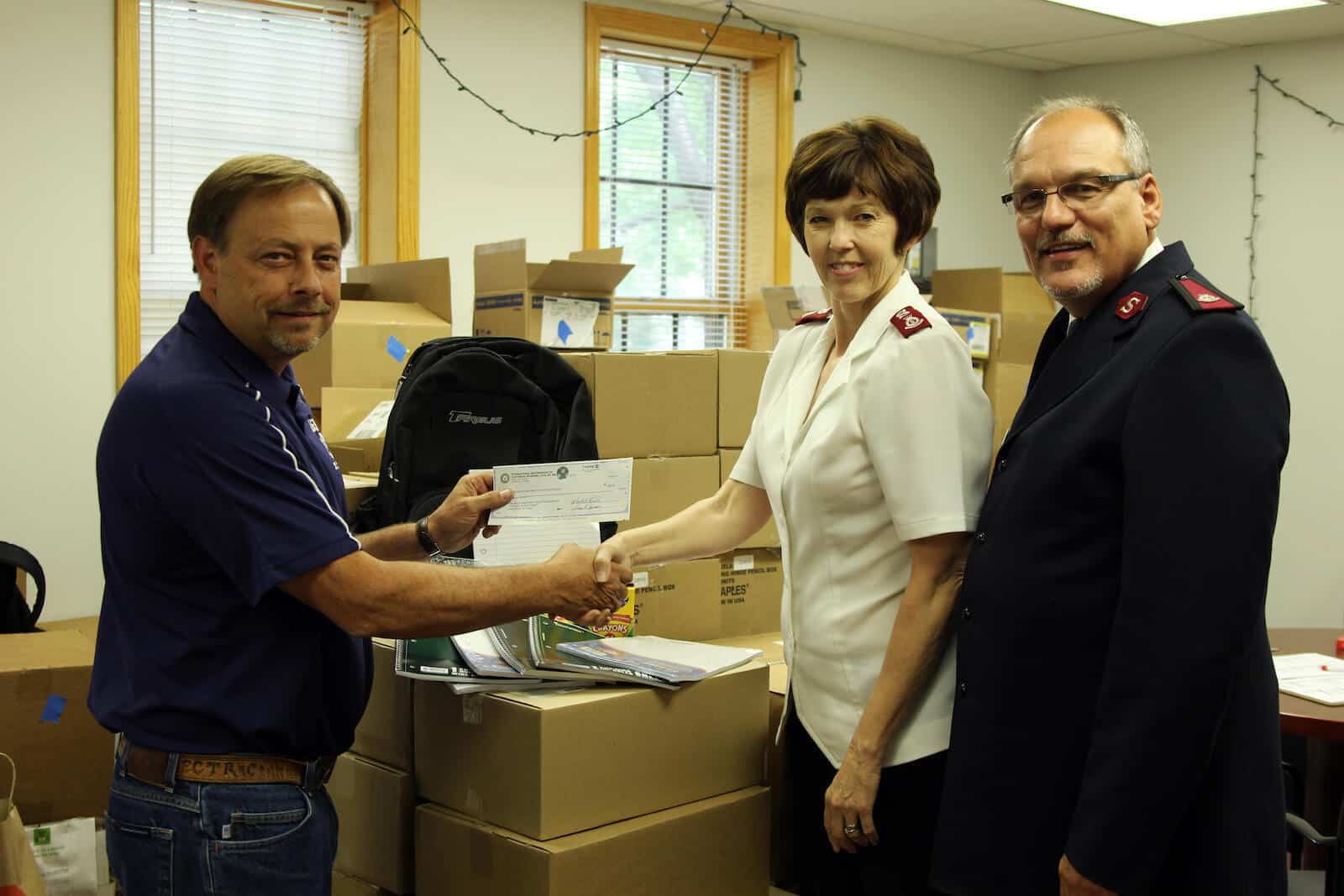 Most of the general public had no idea what today's skilled trades are all about. And most of the negative things that the general public thinks about when they hear the “U” word have little to do with the skilled trades. One of the first things the public thinks of are strikes. However, our skilled trades unions have no-strike/no-lockout contracts with their employers. Their level of pay is based on their expertise and skill set. However, like so many union skilled trades workers he was frustrated by all the union-bashing by the media with all too little coverage of the skilled electrical volunteer work his union was doing for this community and for local not-for-profit agencies. They have labor management cooperative committees to work out the contracts between all the players. Moreover, the biggest portion of their dues go to fund their comprehensive apprenticeship programs that indoctrinate new members of their skilled trade through an intense five-year program. The skilled trades union contractors enjoy the ultimate in staffing flexibility because their union skilled tradesmen and apprentices each come with their own portable health care and pension plans. There were so many positive facts about the skilled trades that were not reaching the public because of that “U” word. 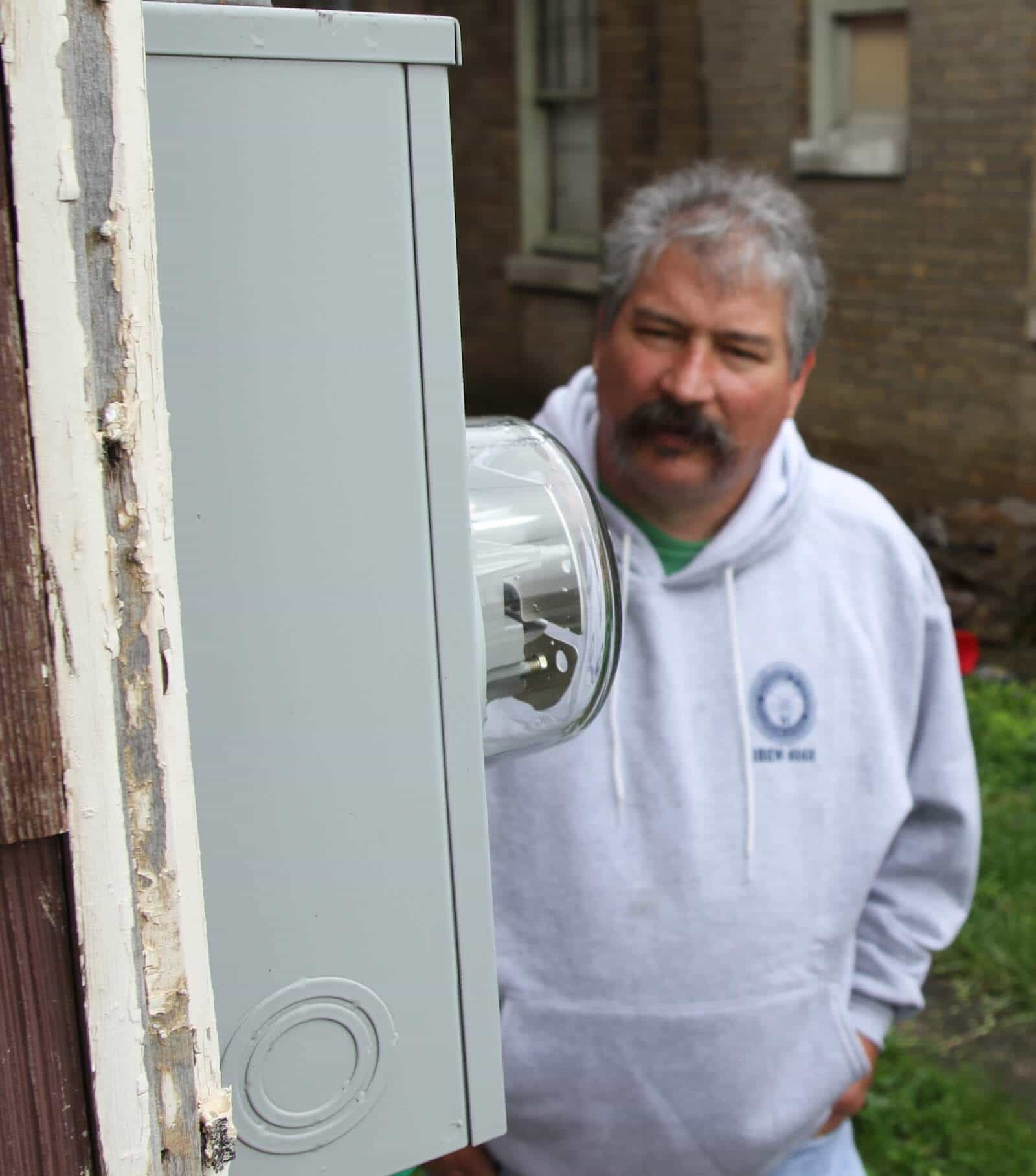 A Brand is Born

Colvin Mann still needed that unique term to replace the “U” word. Among those with whom he had brainstormed was Larry Spencer (shown here checking a meter on a local Habitat home), then assistant local business manager at the IBEW Local 668 as well as an instructor at the local JATC (joint apprenticeship training center). He would help Mann to understand all that it too for an apprentice to actually become a journeyman electrician. Mann then asked, “you mean to become a real journeyman?” That was when the idea hit him! The term Real Journeyman was the answer. It was the only kind of skilled tradesman who could truly be called a journeyman. This was because he had completed a full apprenticeship. The word “real” merely clarified the word “journeyman” as being genuine.

Mann created a trademarked Real JourneymanTM brand complete with it's own web domain (RealJourneyman.com), logo, and even a theme song for the electricians of the local 668. The Real JourneymanTM brand had been born. Both Jim Ogden and Larry Spencer worked hard to keep the new brand funded. In the beginning there were many old-school contractors who still felt that if the public didn't like hearing the “U” word then they could just cover their ears. These traditionalists took some convincing in order to not stand in the way of the new brand. Then it became just a matter of time to see how the general public would respond to a campaign that promoted the unique skills gained through the apprenticeship process rather than promoting the labor organization itself. 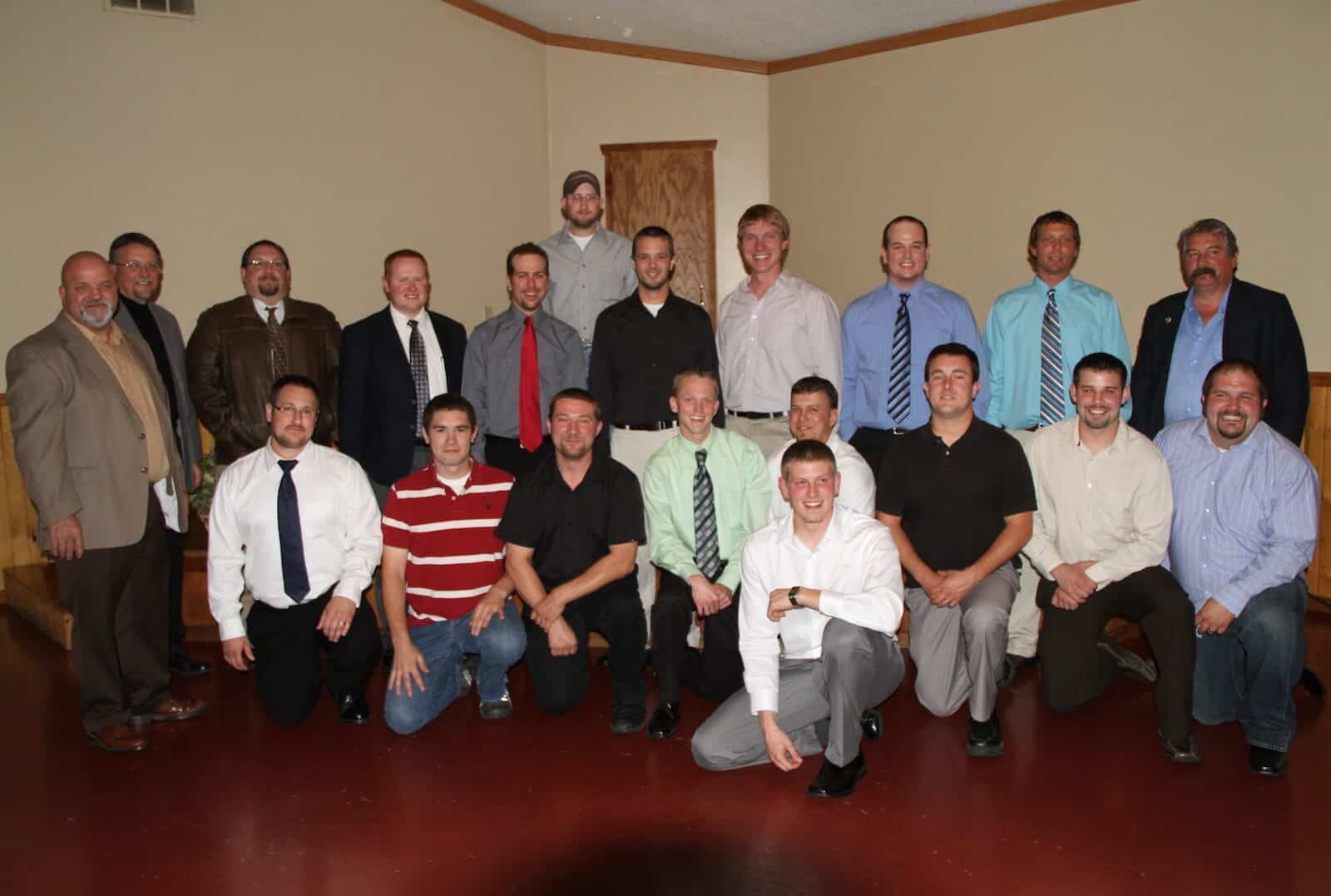 Since the launch of Real JourneymanTM the public status of the Real JourneymanTM electricians and their apprentices grew and grew in the eyes of the local nonunion public. Sometimes locals would be heard saying, “Well, I don't really like unions, but I love those Real JourneymanTM electricians.” On other occasions, members of the local or their contractors would have somebody come up and tell them, “I had no idea on how well trained you guys are!” These were the same well-trained, community-minded local skilled union tradesmen that they had always been. Moreover, they were doing the same level of local skilled electrical volunteer work that they had been doing for many years. So what had changed? By minimizing the use of the “U” word we had removed that big barrier that kept the nonunion public from ever hearing all the good news about this proud group of fine individuals that made up the IBEW Local 668. The floodgates were now open. The rest of the world was starting to get it.

The ultimate testament came at the end of the 2016-2017 school year. The representatives from a number of the local union skilled trades were meeting with a large group of recent high school graduates that had expressed an interest in pursuing a career in the skilled trades. After the various locals had made their pitches for their respective trades, they asked the attendees if they had determined which skilled trade they might be most interested in pursuing. In unison, 95% of the entire crowd shouted out, “I want to be a Real JourneymanTM electrician.” Since infancy, these 18-year-olds had every year seen each new class of 5th year electrical apprentice graduates being turned into rock stars in our annual Real JourneymanTM local television campaigns. Each year we saturated the local TV airwaves with announcements honoring each year's new graduating class of freshly-minted Real JourneymanTM electricians.

RealJourneymanTM is dedicated to today's skilled tradesman and the continuing tradition of excellent through apprenticeships.

Membership in RealJourneymanTM is handled via individual locals.

How your local can join Real JourneymanTM